Austin, TX – Jun 2021… Founded by brothers Rick and Mark del Castillo in 2000, the band Del Castillo is a unique musical endeavor that encompasses a wide range of musical styles—all with a Latin flavor. Del Castillo has been called a Latin Allman Brothers while Rolling Stone magazine called them ‘Santana fronted by Eddie Van Halen with an assist from the Gipsy Kings.' While there is no substitute for live performances, the band has been able to keep their audience engaged online by providing a substantial catalog of streaming music—thanks to the 4K/UHD AV Over IP live streaming encoding capabilities of the TASCAM VS-R265 4K/UHD Streamer/Recorder.

Reflecting on the band's musical traits, guitarist and vocalist Mark Del Castillo summarized the band's stylistic character by saying, "There's definitely a Latin element to what we do, but other than that, the sky's the limit when it comes to musical genres we combine with the Latin sound." In addition to his efforts with the band, Mark Del Castillo also works on TV and film soundtracks/cues for film director Robert Rodriguez. With an extensive background that encompasses both stage and studio, Del Castillo discussed his experience using the TASCAM VS-R265 and how it has helped his band's musical efforts.

"We've been using the VS-R265 since June 2020," Del Castillo reports, "and it's become a particularly important part of our livestream video setup. Currently, we have three DSLR cameras, 4 GoPro cameras, an iPad for graphics, a Roland V-8HD HD video switcher, and of course, the awesome TASCAM VS-R265 for encoding."

Del Castillo described the setup. "Our audio setup is a 24-channel mix of five vocals, congas, bongos, timbales, bass, three guitars, and drums feeding into my brother Rick's studio in Kyle, TX, which is known as Smilin' Castle Studio. Everything goes into Neve preamps and compressors to polish the mix. Then, he sends the polished sound to the Roland V-8HD video switcher. The switcher combines and syncs the audio and video, and I then send the stream to the VS-R265 to be encoded and sent out to the world."

When queried about the VS-R265 and its importance to the band's streaming efforts, Del Castillo offered the following thoughts. "Since Del Castillo is known to work with the film and TV industry, I knew we had to maintain a high quality viewing experience for our fans," he explained. "With all the cameras and audio inputs going into the encoder, I knew the VS-R265 had to be of professional quality to handle what we were throwing at it. When we first did some tests, we tried another encoder that had been recommended and were very disappointed. While the video quality seemed OK, the audio was terribly compressed and sounded like a super low quality MP3."

Del Castillo continued, "As our compadre Robert Rodriguez always says, ‘Audio is King.' If a video looks great but sounds bad, people won't watch it. If a video looks bad but the audio is great, people will still watch it. TASCAM is known worldwide for its amazing audio quality, so it was no surprise that when we plugged in their encoder, the stream was as professional sounding as it can get. With the help of the TASCAM VS-R265, our material sounded and looked amazing."

The challenges of streaming high quality audio and video should never be underestimated and, as a result, questions may arise. On that note, Del Castillo was very complimentary of the support services provided by TASCAM. "I honestly was blown away at how quickly TASCAM responded to my questions," he said. "We initially experienced some serious dropout and buffering issues during livestreams, so I reached out to TASCAM tech support. Within a day, I was Zooming with one of their techs to get assistance with the issue. As it turned out, it wasn't the VS-R265 at all that was causing the dropouts. It was a faulty internet modem. The company's response was immediate, they helped us identify the issue, and I can't say enough about the quality of their customer service. They were extremely helpful."

Before shifting his focus to the day's agenda, Del Castillo offered these parting comments, "Working with TASCAM has truly been an honor and a privilege. I've been using their pro audio recording equipment since I was a teenager, and the company never disappoints regarding their dedication to professional sound quality. Even with live in-person shows slowly coming back, we plan to continue some livestreams for fans across the world. Using the TASCAM VS-R265, we can always depend on the highest quality stream possible!"

Magazine
Live Streaming of School Events and Commemorative Ceremonies
Yokohama City Kamishirane Junior High School celebrated its 50th anniversary in 2020, but the commemorative ceremony was held on November 20, 2021, as it was postponed due to Covid-19. The ceremony was video recorded and live-streamed to a limited audience for parents and other concerned parties who were unable to attend. The audio and live stream system Before the 50th
Model 16
Portacapture X8
TH-06
TM-90BM
VL-S3/VL-S3BT
VS-R265

Magazine
Live Streaming In Small Clubs and Similar Environments Made Easy
Essentials for High Quality Live Sound DistributionInterest in Internet-based live distribution/streaming has increased dramatically, with more and more people getting involved. Until now, live distribution was largely a specialty area that primarily involved broadcast professionals and others who are comfortable with sizeable amounts of equipment and technology.However, a new era has arrived in which there are many inexperienced people who are looking to get involved and who may not necessarily
Model 12
TM-70
TM-82
TM-90BM
TM-95GN
VS-R265 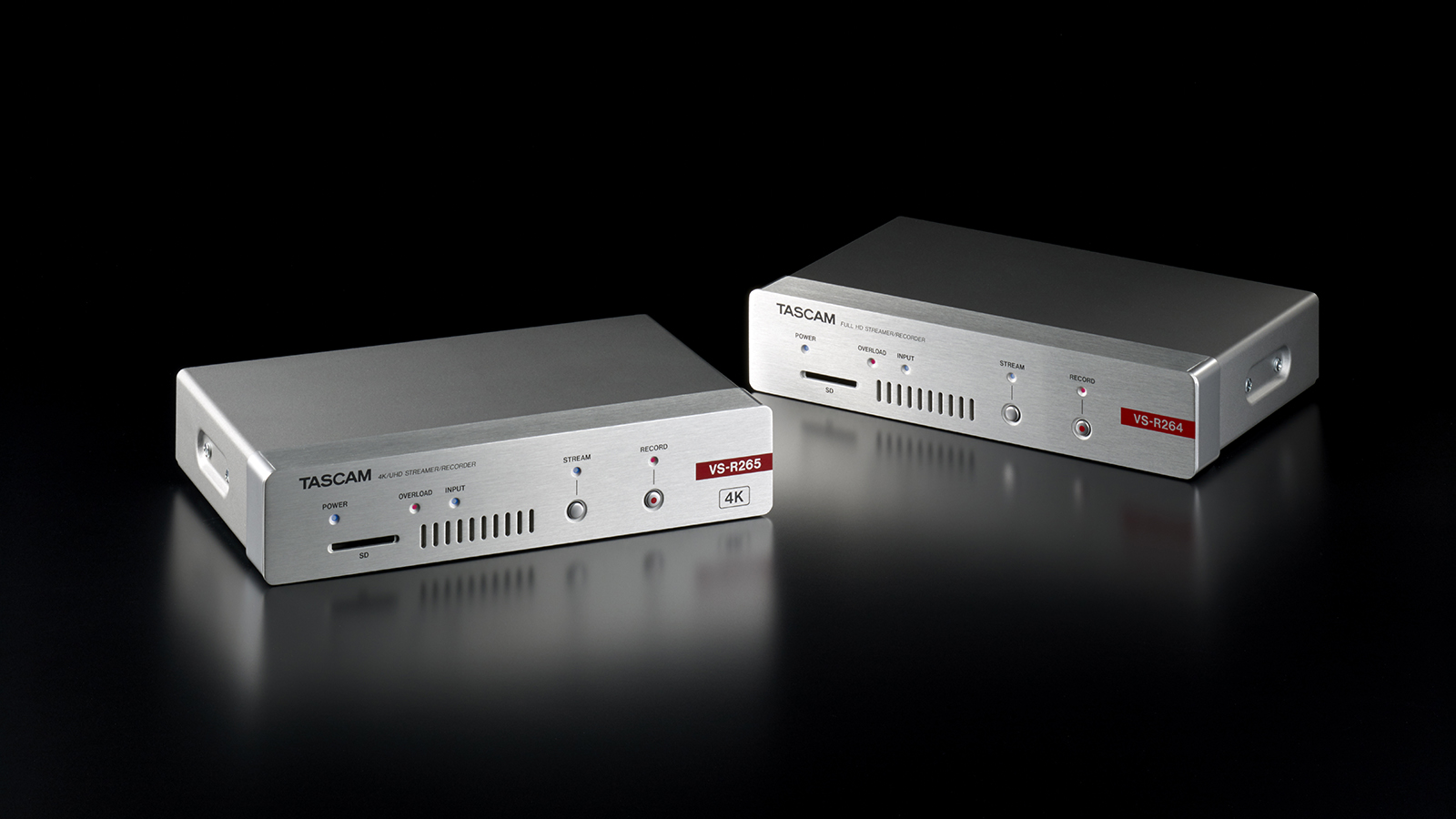