In the musical genre frequently called horror punk, guitarist Doyle Wolfgang von Frankenstein (born Paul Caiafa) is a standout talent. Doyle has a storied background that includes integral roles with a few incarnations of the Misfits as well as subsequent bands Kryst the Conqueror, Gorgeous Frankenstein, and his latest solo endeavor called Doyle. His musical career began in 1977 at the age of 13, when his brother—Misfits co-founder and keyboardist Glenn Danzig—showed him how to play bar chords on the guitar and a few neat ‘tricks’ on the A and E strings. By the time he was 15, Doyle was recording with the band.

Reminiscing about his early days, Doyle fondly recalls his first gig with the Misfits at Irving Plaza (known as the Fillmore New York), “I was 16 and Screamin’ Jay Hawkins was the opening act. Since that time, we sold out concerts at both The Forum in LA and Madison Square Garden in New York ad, at this point in my life, I can’t even remember the names of all the other places we played.”

Reflecting on the COVID-19 pandemic and its impact on musicians everywhere, Doyle offered the following thoughts, “We actually had a Misfits show booked for early May in Mexico,” he said, “but it was cancelled. With my own band, Doyle, we even had the bus and trailer loaded up and made it a few miles down the road when we got the call that the tour had been called off. It’s been tough for musicians everywhere.”

The pandemic has dramatically changed just about everything for musicians and, because of this, the focus has turned more than ever toward recording and other types of studio activity. In this area, Doyle has a storied history when it comes to his music and his use of TASCAM gear. “Under the Doyle name,” he reports, we recorded both the ‘Abominator’ and ‘Doyle II: As We Die’ projects. Back in the 80s, I bought a 4-track TASCAM, which made it so much easier to write songs. Between the 4-track and an Alesis SR-16 drum machine, I could easily show the drummer and other band members what I was looking for. This combination took a lot of the guesswork out of the writing process.”

“I later moved on to the TASCAM 488 Portastudio,” Doyle continued, “which I used for all the demos for the Doyle records. From there, I bought two TASCAM 2488 Digital Portastudios: one for myself and the other for Alex (Story). This way, I could send Alex the tracks I had, he could then make his own mix, and sing to what we had. The Portastudios really made the creative process much easier for everyone.”

As for his own creative process, Doyle frequently plays a riff that comes to mind and captures it on his phone. Other times, he’ll play larger song sections for the sake of capturing the idea. “I capture all kinds of musical ideas this way” he says, because if you don’t, you’ll forget what you had. From there, I can program the drums and gradually build the song out on the 2488 by adding the bass, guitars, and building the arrangement. I can then give these tracks to Alex and he can build out the melodies, come up with the lyrics, put in the backing vocals where he envisions them, and so forth. I let him have total reign over the words and all that—and he just takes care of it.”

“Alex is great at what he does,” Doyle added. “Every time I send him something, it comes back and it’s a song I’ve never heard in my life. It puts a big smile on my face because I don’t hear me playing it anymore. It’s a new song that I can listen to and I get to enjoy it because it has evolved so much! The song really takes on a life of its own once you start adding the lyrics. From there, we can go into the studio, lay all the tracks down, and start mixing. The TASCAM 2488 serves as a lot more than a pre-production tool. Sometimes, we’ll use the guitars, bass, and vocals from the 2488 and just mix from there. By having an engineer who knows more about things like EQ and mixing than I do, we can take those tracks and turn them into a finished product much better than I alone could.”

As a guitarist, Doyle likes to focus much of his efforts on capturing the guitar sound, which in addition to the TASCAM 2488, is now augmented by his use of the TASCAM DP-24SD and, most recently, the DP-32SD Digital Portastudios. “I typically record by myself,” Doyle explains. “I set up my whole live rig and I mic it for a week, during which time I’ll move the mics around to see what gets me the best results. Once I get the sound I want, I record all eight tracks on the 2488 simultaneously.”

After moving to the TASCAM DP-24SD and then the DP-32SD Digital Portastudios, Doyle reports that his approach to new recording equipment hasn’t changed all that much. “With all my TASCAM gear,” he says, “I read the manual but, quite frankly, I have no idea what they’re talking about. I simply have to dig in and start recording. Then, as something comes up that I need to figure out, that’s when I look it up. That’s what works for me.”

When queried about the use of a DAW, Doyle says, “I don’t use one. I like the Portastudio approach because it works much like a cassette deck, so it keeps the creative process easy. I also like to record flat, without any EQ. By keeping things simple up front, I can focus on the music. I can always go back and EQ the track later.”

Doyle’s musical background and its influence on all that he does further helps explain his approach to music and how he uses his TASCAM gear. “When I started playing, punk rock was big, so I was heavily influenced by Johnny Ramone and Steve Jones of the Sex Pistols. My main influence, however, was the Misfits. While I love all the frantic guitar style playing, I still prefer to hear a nice melodic line that takes the listener somewhere. My TASCAM products give me the freedom to not only capture the raw energy of the guitar, they enable me to take an idea from scratch, fine tune it, and produce music that people from all walks of life can appreciate. For that, I’ll always be a big TASCAM fan. Thank you for the great TASCAM products. I love TASCAM!” 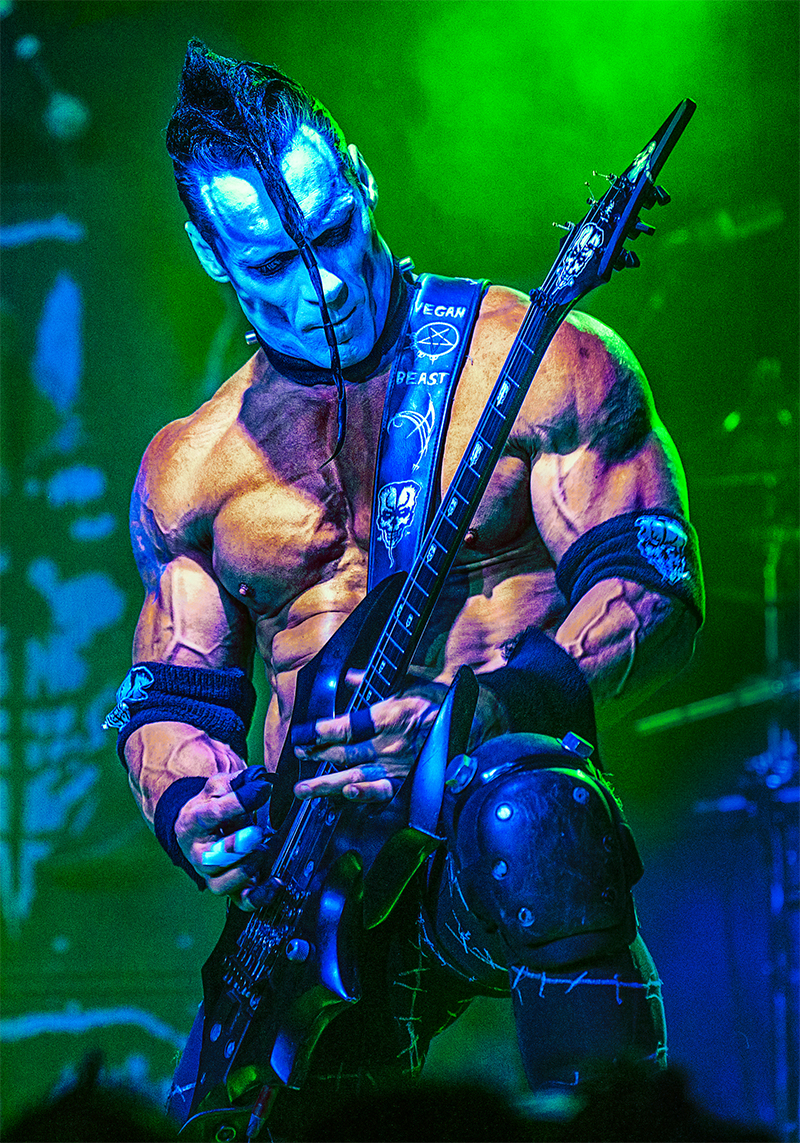 Magazine
Legendary Guitar Player of the Misfits and DOYLE Chooses TASCAM to Record his Music
TASCAM: The Misfits formed in 1977, broke up in 1983, and got back together after 33 years in 2016. Talk about the beginnings and evolution of the band over the years.Doyle: Well, in 1977, I was 13 and my older brother was in a band with Glenn (Danzig). When I graduated eighth grade, my brother brought me a guitar. Glenn showed me the bar chords, and my brother showed me the notes on the A string and the E string, the big strings. And that's all I've ever learned. By the time I was 15, I
DP-24SD
DP-32SD