From recording sessions to live performances and more, the interface is central to his activities 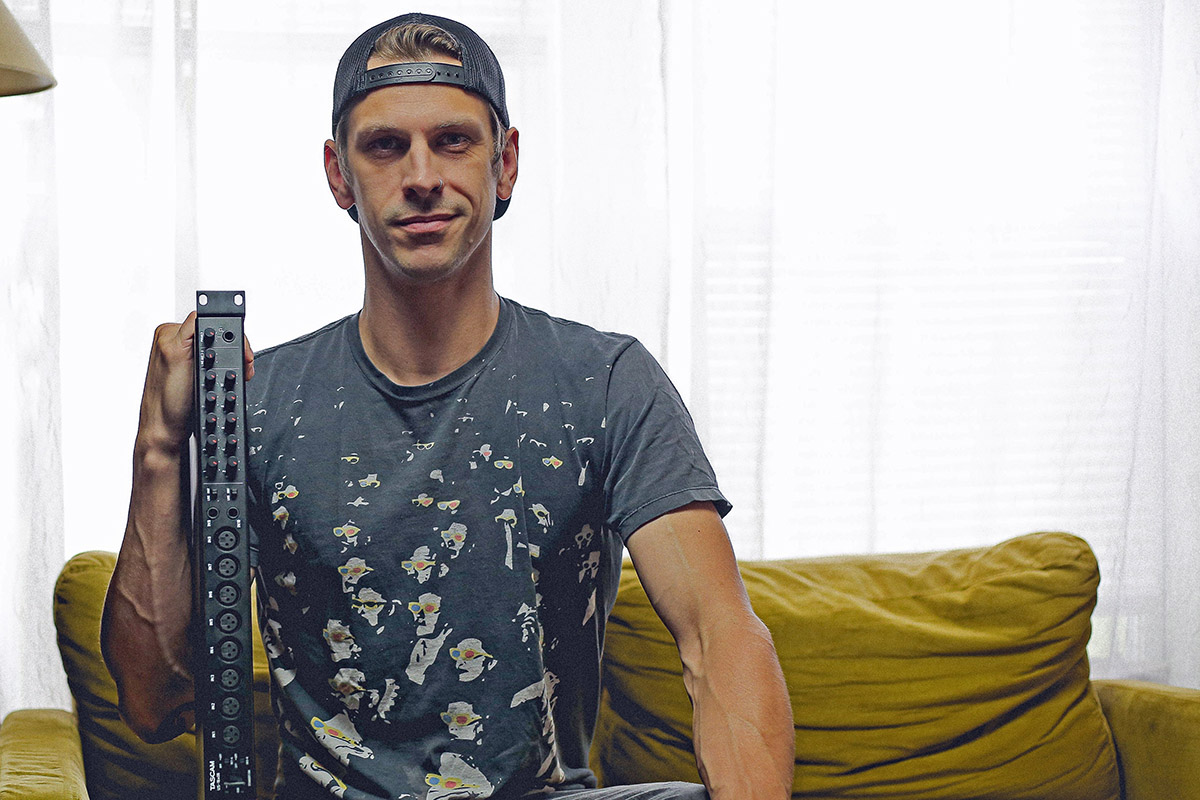 Nashville, TN – August 2022... Versatility should be Thomas F. O'Brien V's middle name. As a touring drummer, producer, mix engineer, music video director, videographer, and motion graphics animator, O'Brien is involved in a wide range of creative activities. In his words, "Living in Nashville, I'm fortunate to be involved in so many creative endeavors. From providing video and photography services for artists like vocalist/songwriter Carter Faith to being the touring drummer for Country artist Brian Fuller and singer/songwriter Alan Price, I am grateful to be doing what I love." And at the center of much of this activity is the US-16x08 USB Audio / MIDI Interface from TASCAM.

O'Brien reports he has been working with his TASCAM US-16x08 for a good three years. He uses the interface to record drums plus other instruments and vocals—either remotely, at home, or on location. He also uses it on tour to playback tracks or record live performances, as well as on set/on location for audio capture for film or video. "You might say I use this interface for just about everything I do," O'Brien says.

When queried about those aspects of the TASCAM US-16x08 he finds particularly useful for his manner of working, O'Brien offered the following comments, "For me, the Settings Panel is easily the most impressive and most heavily used part of US-16x08. It has a monitor station that provides you track linking, phase inversion, adjustable EQ controls, and compression for all 16 tracks. This interface—with its 16 inputs and 8 outputs—is amazing. I'm able to record an entire band while the interface itself only takes up 1RU worth of space in my equipment rack.

When asked about one of the most memorable experiences he has had with his TASCAM US-16x08, O'Brien shared the following experience. "While working as a producer at a local studio with a band, the studio's interface unfortunately went down suddenly," he explained. "The technicians weren't able to fix the interface that day, so we grabbed the session files and made the short drive to my house, where we were able to finish the final bass, guitar solo, and percussion tracks at my home studio using my US-16x08."

In addition to his enthusiasm for the US-16x08 interface, O'Brien has been equally impressed with the customer and technical support services provided by TASCAM. "During the COVID lockdown," he noted, "I experienced an issue with the volume level. Upon reaching out to TASCAM for assistance, I was helped by several people who were excited to assist me via both phone and email. We were able to identify the issue and correct it. The fact that TASCAM has people on staff who use the gear and understand the applications, they can relate to what you're trying to do. They get it!"

Before turning his attention back to the business of the day, O'Brien offered some parting comments on his experience with TASCAM and its products. "I started using TASCAM products as a young musician, recording demos and even records for my own bands—all on a TASCAM Portastudio. When I started producing more seriously in my late teens and early twenties, I upgraded to a TASCAM M-2524 24 Channel / 8 Bus Analog Multitrack Mixing Console. Now, all that and more are packed into my TASCAM US-16x08, which I use every day. Make no mistake, I'm a lifelong TASCAM user!"

To learn more about Thomas F. O'Brien V, visit him online at https://www.tfobv.com/.