The first recording for "Portacapture X8 in Session" took place early September 2022 at the Kuraki Noh Stage in Yokohama, Japan, and was centered on the recording of the Koto, a traditional Japanese string instrument. This is TASCAM's report on how this session was recorded on the Portacapture X8, which supports 32-bit float recording and a wide dynamic range.

About "Portacapture X8 in Session"
Based on the concept of how dynamic natural organic sound can be captured and realized with a single recording device, Portacapture X8 in Session is a new series using only Portacapture X8's built-in microphones to record a series of projects that capture the sounds of various musical instruments and voice at various locations and environments.
Japanese instruments were recorded in Japan as the first project, and further recordings are planned for the U.S. and throughout Europe as well.

A 13-stringed koto is used in this recording. The 17-string koto, which has a very wide dynamic range, is often played in contemporary music nowadays. There are two Kanji characters for koto, and although both Kanjis are read the same, they can refer to different instruments. Koto with the character "箏" refers to the instrument with movable bridges or "ji" alongside its wooden body that can be freely adjusted, additionally, the character "琴" refers to that with no bridges at all.

The setting up of the koto begins. The bridges are set up on the ryūkō, the upper side of the instrument, and the koto's delicate but rich sound resonates through the room as it is being tuned up.

The koto is usually played by the performer sitting in a "seiza" position (sitting on heels), but for this recording, a special koto stand is placed up on the Noh stage for the performer to play the instrument while sitting on a chair, this is called a "rissō" style.

According to Shun Saito, the recording engineer for this session, the koto stand used in this project is most suitable for soloists, as it efficiently directs the sound of the koto forward through the two sound holes on the back of the koto, which are similar to the sound holes in a guitar, using the reflector on the stand. It is said that raising the height of the sound hole to 60cm makes the sound louder, therefore it can be said this is not a mere stand for the koto, but part of the instrument itself. Indeed, Japanese musical instruments are very interesting and profound.

The potential of the recorder was put to the test as only two Portacapture X8 units were used for this project, one as the main, and the other as a sub-recorder. Each unit recorded two channels using the built-in microphones only.

Once the koto was set and warm-ups started, the team began setting up the Portacapture X8.
The main recorder was set up on the upper side of the stage, about 0.5 m away from the koto. Using a tripod, the unit was placed so that the built-in microphones would cover the area around where the performer's hands are, centering on the seventh string in the middle from the top of the koto.
According to Saito, he focused on bringing the sound of the strings to the center of the sound image, while also being conscious of the sound coming from the sound holes.
The height of the main recorder was adjusted in consultation with the camera operator, considering the sound balance and the angle of the video shoot taking place at the same time as the sound recording.

The sub-recorder was set up on a tatami mat about 2.5 m away from the front of the koto, using a tabletop tripod to aim downward at the sound coming from the koto stand. It was placed as close to the stage as possible to prevent the recorder from appearing on camera.
Unlike the main recorder, this unit recorded the balance between the instrumental sound and the reflected sound of the environment.
＊The sound from the main recorder was ultimately used for the video.

Even with the windows and the ventilation fans completely closed, the sound of cicadas (large outside insects) could be heard in the room, but given this environment, Saito tried to record only the direct sound of the koto (the sound of the strings and the koto itself), and both microphones were set to capture the sound of the koto using the true X-Y pattern. The gain of the sub-recorder was set at 34.5 dB.

Once all settings were completed, the rehearsal began. During the recording, it was necessary to consider sound insulation, so the team asked for the cooperation of the general public entering and leaving the Noh stage building, as well as the people involved in the facility.

The koto piece performed is "Midare Rinzetsu", and while the original piece is over 10 minutes long, Azusa Mori, the koto performer, arranged it into a 3-minute piece for this recording. The intonation and pauses in this three-minute version, as well as the climax in the middle of the piece, convey Mori's concentration and tension.

The main recording started after the rehearsal. However, the team quickly faced some issues at the end of take 1, which was that the microphones were also capturing the sound of flies flying around the room. Taking into account Mori's concentration on the performance and the concern of having flies accidentally in the footage, the recording was paused to get rid of them. In the end, the team got 5 takes in total and the recording was successfully completed.

Since the video shoot was taking place simultaneously with the sound recording, after setting up the equipment there was no almost no monitoring whatsoever during the main performance. The Portacapture X8, which supports Dual ADC and 32-bit float and can maintain audio resolution, is an effective means of alleviating some of the anxiety associated with this type of recording.

You can listen to the actual sound recorded with Portacapture X8's built-in microphones down below. 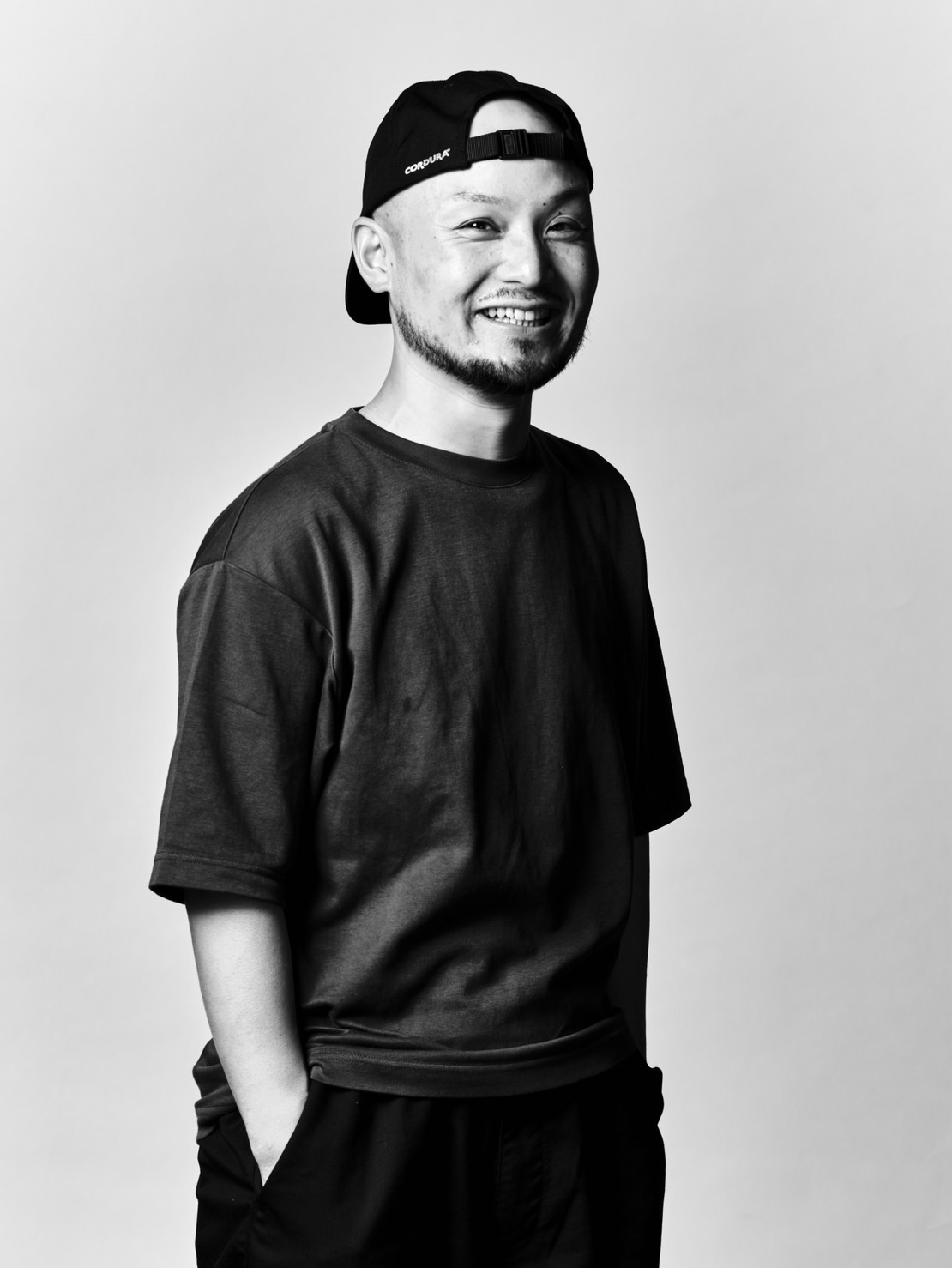 Graduated from Tokyo University of the Arts, Department of Music Environment Creation. During his studies, he participated in the Banff Centre Audio Engineer Work Study in Canada. After returning to Japan, he obtained a master's degree and a doctor's degree in koto research at the Tokyo University of the Arts Graduate School. Currently, in addition to recording music in concert halls, he is also engaged in research on instruments and microphones at the graduate school and training future generations of musicians. 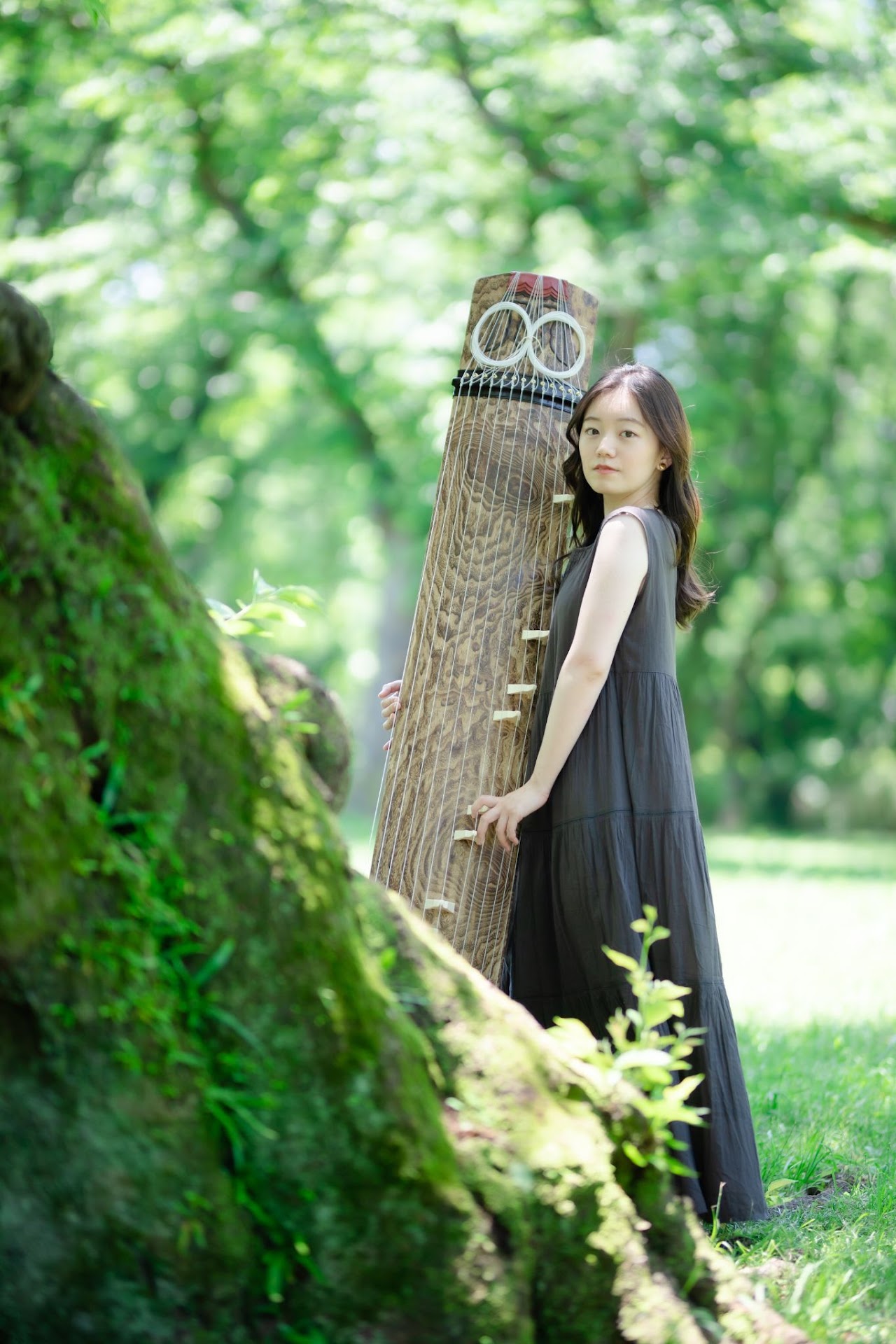 A graduate of the inaugural class of the Tokyo University of the Arts Department of Traditional Japanese Music with a major in contemporary koto music, she is currently enrolled in the master's program of the Tokyo University of the Arts Graduate School of Music. She performs classical music while also performing new music through commissioned pieces. In 2020, Mori performed a world premiere for the 17-string koto concerto "Nurse Log" (composed by Noel Hiyamizu). She is a teacher at Sawai Koto Institute.

About the Kuraki Noh Stage

The Kuraki Noh Stage is tucked away in a quiet residential area up on a hill after a 10-minute ride from the Keikyu Kami-Oka Station. As you pass through the entrance gate, an atmospheric Japanese garden spreads out before you, and the chirping of birds and the seasonal sounds of cicadas can be heard.

The Kuraki Noh Stage is a historic Noh stage originally built in Hibiya, Tokyo in 1917, but later was moved and restored in 1965 and donated to the City of Yokohama by Kenji Miyakoshi, a Noh enthusiast, in 1984.
Just beyond the thick sliding door at the front entrance of the building is a 52-mat seating area called "Kensho," and beyond that is a 4.54m x 4.56m Noh stage with a magnificent old pine tree painted on it.

News
The TASCAM Portacapture X8 Multi-track Handheld Recorder Brings Creative Opportunity to Matt Johnson
Standalone or interconnected with a mixing console, versatility aboundsAustin, TX – January 2023... With today's social media and other outlets for expression, videographers have a wealth of opportunity to bring their artistic efforts to the masses. But considering the excessive amount of video content we all encounter in our day-to-day lives, the necessity of creating professional caliber product is essential, because the public has been 'spoiled.' Anything less and it gets ig
Portacapture X8

News
TASCAM Portacapture X8 Receives Pro Moviemaker's Gear of the Year Award
32-bit float point recording technology and ease of use prove ideal for filmmakersSanta Fe Springs, CA – November 2022... TASAM is pleased to announce that its Portacapture X8 High Resolution Adaptive Multi-Recorder recently won the Gear of the Year (GOTY) Award from Pro Moviemaker Magazine. With a rich feature set that includes 32-bit float point recording technology, the ability to stream up to 8 tracks (6 inputs and 2 mix) via USB, and other features that enhance its overall ease of use
Portacapture X8

Magazine
Live Streaming of School Events and Commemorative Ceremonies
Yokohama City Kamishirane Junior High School celebrated its 50th anniversary in 2020, but the commemorative ceremony was held on November 20, 2021, as it was postponed due to Covid-19. The ceremony was video recorded and live-streamed to a limited audience for parents and other concerned parties who were unable to attend. The audio and live stream system Before the 50th
Model 16
Portacapture X8
TH-06
TM-90BM
VL-S3/VL-S3BT
VS-R265
Back to magazine list
Related products
To know TASCAM