Live Streaming In Small Clubs and Similar Environments Made Easy

Interest in Internet-based live distribution/streaming has increased dramatically, with more and more people getting involved. Until now, live distribution was largely a specialty area that primarily involved broadcast professionals and others who are comfortable with sizeable amounts of equipment and technology.

However, a new era has arrived in which there are many inexperienced people who are looking to get involved and who may not necessarily know what equipment is needed in order to operate in this relatively new area. This is particularly true of people looking for new DIY ways to stream live concerts and other performances. This can be the case for amateur musicians, mid-to-small scale music club owners, sole proprietor event planners, freelancers, and more.

There are many questions about live distribution, and many of the questions we receive include:

Finding the right gear is less of a challenge if you have a clear idea what is required. AV and distribution equipment specialized stores—many of which carry this type of equipment—now offer live streaming solution packs with equipment from well-known, reputable vendors—many of which include TASCAM. Especially in the case of live distribution, where sound quality is very important, customers can consult store sales personnel and learn about the technology online via user groups, reviews, publications and more.

The main products included in a live distribution solution pack could include a setup as follows:

Live streaming via YouTube Live and other platforms is now possible with a modest equipment setup. Many such equipment configurations can also be used as an external camera or external audio input for conferencing software such as a Zoom Meetings, Microsoft Teams, or Google Meet.

For example, the TASCAM Model 12 has a built-in multitrack recorder function, a USB audio / MIDI interface, a DAW control function, a mix-minus function convenient for podcast productions, as well as smartphone inputs that enable users to make calls and get other people engaged in talk shows. In addition, the Model 12 can easily adjust the delay between video and audio during live streams, thanks to the audio correction delay function installed in the main USB output and analog main output (XLR terminal, headphone monitor). The TASCAM Model 12 has proven itself to be very capable in streaming endeavors. There are several reasons for this:

There are many technical factors that must be considered during live streaming. These include audio, switching, distribution management, lighting, and camera/filming. These roles often overlap, and the person in charge of the camera must frequently also take care of the switcher. Others may have to multitask between audio and distribution management, etc.
It's during times like these when the Model 12 proves very capable, since all the audio mixing operations can be handled from the unit's front panel. In the case of a general digital mixer, one must set the desired function by going through menu layers shown on the LED display, and this can cause a bit of delay when operating the unit. Although it is a digital mixer, the Model 12 has an analog channel strip that makes it possible for beginners and experts alike to operate the unit. Adjusting EQ or adding more compression can easily be done—without the risk of being distracted during filming.

The biggest challenge with live distribution is the misalignment/delay between video and audio. This is something that anyone who has ever done live streaming has experienced. For situations like this, the Model 12's delay compensation function is an attractive feature that lets one accurately and easily "correct" the delay by looking at the monitor screen and turning the jog dial.

Redundancy, or the "just in case" recording, is also important in live distribution. For example, there might be a request for uploading a summary video after a concert. Since the Model 12 is capable of recording multitrack audio to an SD card, one can easily remix the multitrack sound source recorded, edit the video later, and upload the summary video. The Model 12 not only provides efficiency, it also saves space since there is no need to set an extra computer for the DAW software and an audio interface.

Another benefit of using the Model 12 is the fact that its audio interface can function as a USB audio capture device for meeting software such as Zoom Meetings, Microsoft Teams, Google Meet, Skype, and Cisco WebEX.

By using the TRRS audio input, the other party's sound and the sound of your own microphone input to the Model 12 are controlled by the console’s minus one function, howling does not occur and you can monitor the other party's voice from the built-in headphone monitor.

The TASCAM Model 12 has been introduced to numerous broadcasting media sites over the past year and has proven itself to be a good fit for this type of application. It also provides a great sense of security. Furthermore, microphones also play an important role in live distribution, and so the following mics can be selected to add to one’s setup:

The figure above shows the configuration of a 4-channel switcher that can connect multiple cameras, and is suitable for live broadcasting of groups such as music ensembles, etc. From here on, we'll examine a distribution solution that doesn’t include the use of a PC, but instead uses a hardware encoder.

The key advantage of a hardware encoder is stability. While the advantages of distribution using a PC include ease of use and high versatility, there are always risks such as thermal runaway (where a temperature increase can have a negative impact on performance or equipment) and many other issues. Many readers may have also experienced devices freezing or thermal runaway when live streaming on a PC. However, many companies have released hardware encoders that can be used without a PC in recent years, and these are being used at many broadcast sites where failure is simply not an option.

The VS-R264 and VS-R265 series is no exception, and its high quality sound specifications are precisely what one expects from TASCAM. The Euroblock terminal offers balanced input signals that are not easily affected by external noise, and high quality audio distribution can be achieved through balanced audio connections from a mixer such as the Model 12.

The VS-R series consists of the VS-R264 (1080p) and the VS-R265 (4K30p). The VS- R264 adopts H.264 long GOP encoding of up to 30 Mbps and supports a 100Mbps or 1Gbps standard network. It is an all-in-one video distribution device that can simultaneously accommodate full HD video stream (1920x1080p) recording, encoding, streaming, and decoding. Multiple RTMP distributions of up to 3 systems (YouTube, Twitch, Facebook, etc.) are possible with the main unit alone. The VS-R265 supports H.265 video codec and supports live streams up to 4K.

To build a low-noise, high-quality sound distribution system, either a digital connection or an analog balanced connection can be considered. There are two possible wiring methods for this system.

The other method is to connect the output of the Model 12 mixer directly to the balanced input of the VS-R series. This is connected via the Euroblock terminal. In this case, use a Euroblock-XLR conversion cable. Professional balanced audio will now stream along with the video signal.

The TASCAM VS-R series also provides simultaneous recording to the SD card slot or to a HDD or SSD unit connected via the USB 3.0 terminal. As a result, archiving is easily accomplished.

This article focuses on space-saving systems and equipment required for live streaming/distribution in cafes and small-scale live music clubs. However, this information applies to educational institutions such as elementary schools, high schools and universities as well as corporate and house of worship environments as well. These products will enable novice users to accomplish high-quality live stream broadcasts that look and sound great. 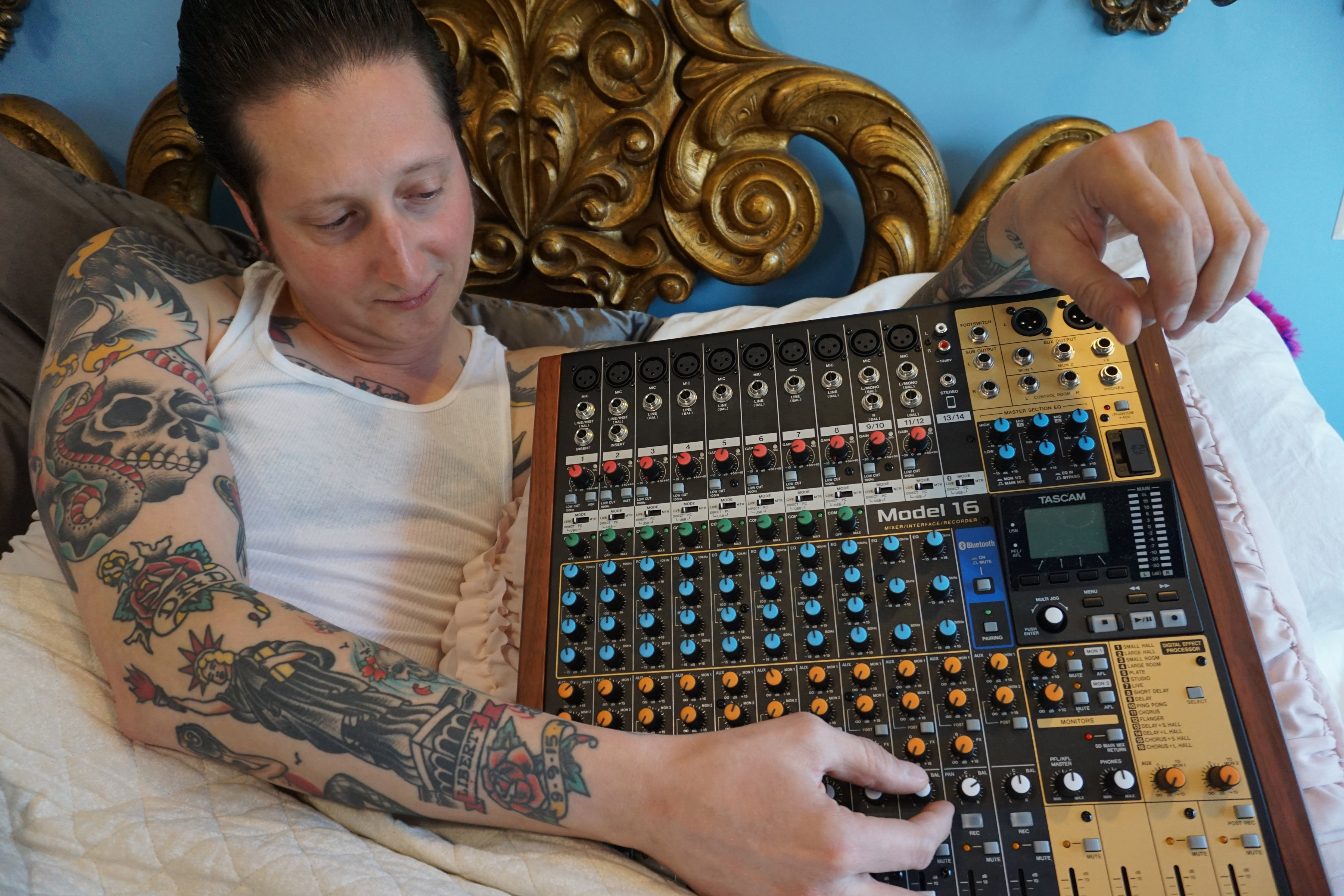 News
The TASCAM Model 12 Integrated Production Suite is Central to Brian Newman's Activities
Multitrack recorder, USB audio/MIDI interface, and DAW control functions provide a wealth of creative opportunity Brooklyn, NY – January 2022... Bandleader/Arranger/Trumpeter/Vocalist Brian Newman is one busy musician. For over twenty years, he and his band have been performing to audiences all over the world and, this same core group of musicians serves as the Lady Gaga Jazz Quintet and Orchestra. They have a residency in Las Vegas at the Nomad Library of the Park MGM hotel in addition to
Model 12
TH-06
TM-DRUMS 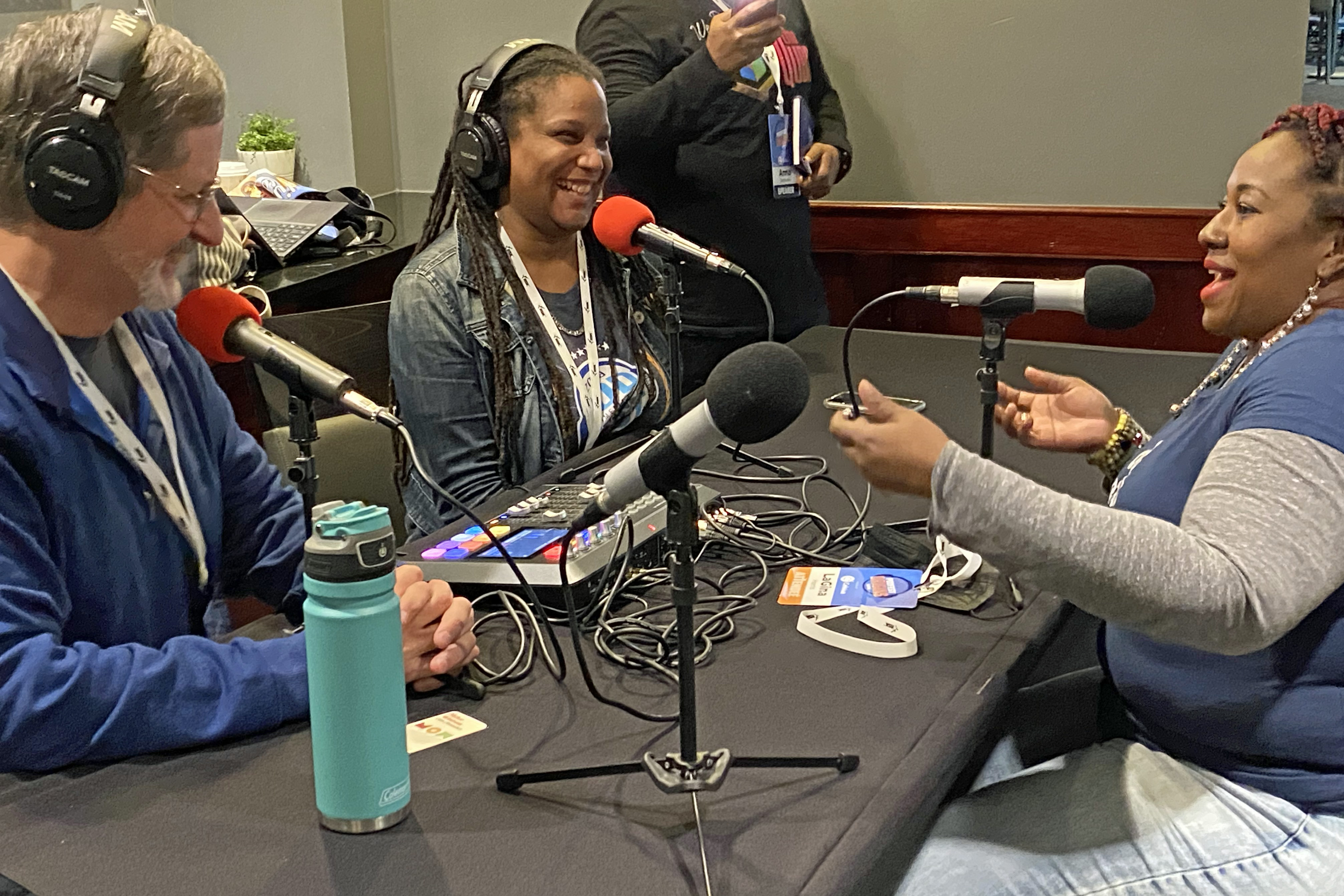