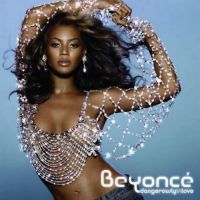 TASCAM caught up with Reggie Reg and McGoo, prior to the close of Beyonce's Verizon Ladies First tour (with Missy Elliott and Alicia Keys). The group used a MX-2424 for backing tracks during the show spotlighting material from the Grammy-award winning artist and her multi-Platinum "Dangerously in Love" album.

The MX-2424 is one of the key pieces on the tour. "We're using the MX-2424 as our main unit," says Crew Chief and Assistant Programmer McGoo. "It's an excellent stand-alone unit, and we're using it as our main source right now along with Pro Tools. It plays stuff to fatten up the sound - percussion, some keyboard stuff and background vocals - but all vocals are sung live by Beyonce."

Memory locations and remote control are a big help when you need to skip to a section of a song in the middle of a packed show. "I like the memory locations," says Keyboard Programmer Reggie Reg, "and I like the cursors where you can scroll up and down to get to the different memory locations. I also like the remote, and the ease of it - everything on the remote is the same as it is on the unit. So you don't have to search around, I can pretty much do everything from that." 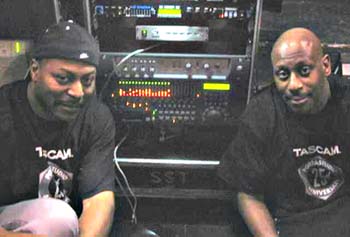 also appreciate the sync features and user interface on the MX-2424. "I also like how easy the unit syncs with other mechanisms, such as slaving or chasing from the MPC or from Pro Tools. That's a cinch, it's not rocket science and it makes it easy for people that need to make things happen."

McGoo continues, "I like MX View, and how you can go to the different menus and then there's menus within a menu - it's totally user-friendly. "

Getting around on the MX-2424 is fast for these guys. "Everything is pretty much three or four steps at the most before we're ready to roll," says Reggie Reg. "That's really important when you're ready to program. We don't need eight or nine steps before we need to make something happen."