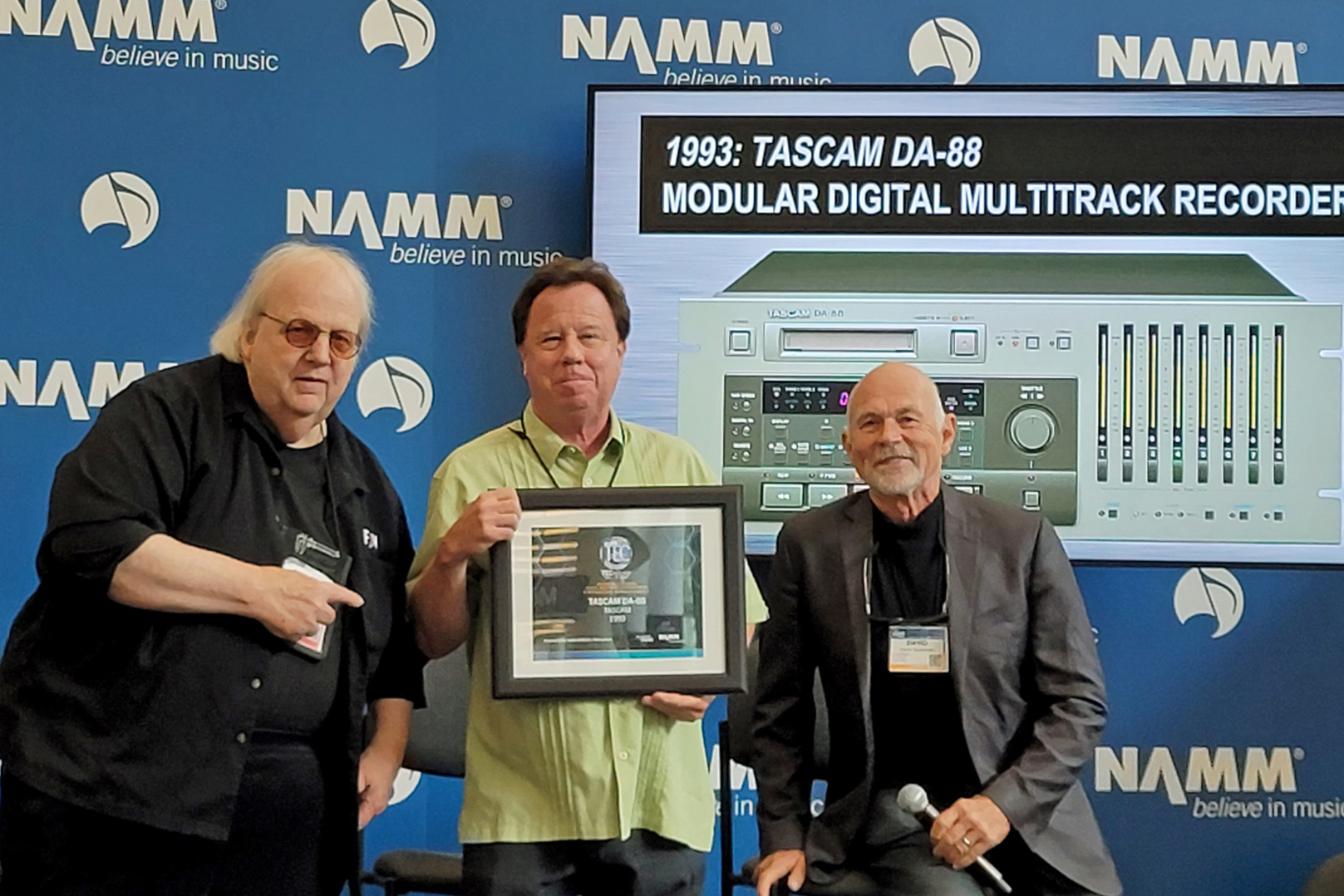 Anaheim, CA – June 2022... It is with great honor that TASCAM announces its DA-88 Digital Multitrack Recorder has been inducted into the NAMM TEC Awards' TECnology Hall of Fame. Founded in 2004 and developed by George Petersen, the TECnology Hall of Fame honors and recognizes audio products and innovations that have made a significant contribution to the advancement of audio technology. The award ceremony took place during this year's NAMM Show in Anaheim.

Introduced in 1993, the TASCAM DA-88 was a 16-bit recording system with sampling rates of either 44.1kHz or 48kHz. The system used Hi8 8mm cassette tapes, which offered a superior metal tape formulation that provided higher density recording than any competing digital systems at the time. A single Hi8 tape could record for 108 minutes in the DTRS (Digital Tape Recording System) format. As a modular multitrack recording system, it was possible to link upwards of sixteen DA-88 recorders to achieve 128 tracks of digital recording with extremely fast lockup among the machines.

While the DA-88 was initially introduced as a new digital recording system for the serious home recording enthusiast or project studios, it also became tremendously successfully in the audio postproduction community for both TV and film applications. Whereas it is not the least bit uncommon for film production to include a hundred or more tracks of sound effects, the DA-88 became a terrific solution for the creation of mix stems, whereby sound effects tracks were submixed into smaller, more manageable groups. With the DA-88's first rate audio performance and its rapid and highly accurate synchronization capabilities, the recorder re-defined many aspects of audio postproduction.